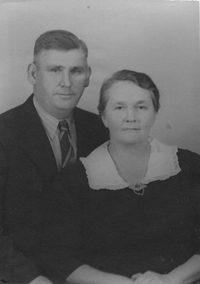 The Hodnett family Web Site at SedgwickResearch.com. As information is gathered and processed, it will be added to this site. Be sure to visit FamilySearch for Hodnett family pedigree charts and family group information.

For questions, comments, or additional information, or if you have any information that you would like to see added to this site, please write to postmaster@sedgwickresearch.com.

Hodnett Family History: This site, authored by Linda Hodnett, is one of the very best Internet sites on the Hodnett family. This site information about early Hodnetts, including John Hodnett, who was one of the first Hodnetts to come to America, and Benjamin Hodnett who fought as a soldier during the American Revolution.

Hodnetts in the American Revolution 1775-1783: Some Hodnett Revolutionary War veterans are listed on this Culpepper family site.

Samuel Hodnett's Alabama Land Record (partial transcript of patent): From the Arkansas Land Records of the United States Bureau of Land Management. Scanned image of the original land patent, dated March 15, 1839, in Adobe Acrobat Format (.pdf). Adobe Acrobat Reader is required for the pdf version and can be downloaded here for free.

Speculation About Lafayette Hodnett: We do not know very much about Lafayette, but this document tells what we do know about him, and contains some speculation about how he lived and died during the Civil War.

"Estray Bonds" Hempstead County Arkansas: A scan of a photocopy of an 1861 document regarding a stray horse that was signed before the justice of the peace by Lafayette Hodnett and others. Lafayette Hodnett was the son of Samuel Hodnett, and the grandson of Benjamin Hodnett. He was killed during the Civil War.

Photograph of Mary Ann Cooper Hodnett Johnson: Mary Ann was the wife of Lafayette Hodnett. After Lafayette's death, she married William Hiram Johnson. This photograph was provided by James Hodnett.

Marriage License of Thomas Edward Hodnett and Alice Lewis: This is a scan of a photocopy of the document. Thomas (born November 14, 1861 in Sardis, Hempstead, Arkansas) is the youngest son of Lafayette and Mary Ann Hodnett.

Arkansas Hodnett Marriage Announcements: This page contains announcements for Marvin Hodnet & Nora Hickey, Edwin M. Hodnett & Susan M. Johnson (this Susan M. Johnson might be the daughter of Mary Ann Cooper Hodnett Johnson and William Hiram Johnson), and Thomas Edward Hodnett & Alice Lewis. Click on the link above and scroll down until you find the Hodnetts.

Photo of Samuel Lafayette and Lena Augusta Russell Hodnett: Samuel is the son of Thomas E. Hodnett and the grandson of Lafayette Hodnett. Lena is the daugher of George Washington and Elizabeth Richards Russell.

Headstone of Samuel L. and Lena Russell Hodnett: Samuel is the son of Thomas Edward Hodnett. His wife, Lena Augusta Russell is the daughter of George Washington and Elizabeth "Lizzie" Richards Russell.

Marriage Bond of George Washington Russell: George married Elizabeth "Lizzie" Richards. Their daughter, Lena, married Samuel Lafayette Hodnett. (This is a scan of a multi-generation photocopy, but it is still legible.)

Marriage License and Certificate of George Washington Russell and Elizabeth "Lizzie" Richards: (This is a scan of a multi-generation photocopy, but it is still legible.)

The HOD Net: A site dedicated to members of the Hodnett family throughout the world. The HOD Net also has links to dozens of other Hodnett related websites.

The McGehee Family: An excellent Web site for the McGehee family. Most U.S. Hodnetts are probably descended from the McGehees.

The Life History of Emmi Letty Williams Peterson: This site also has a link to a page containing photos of the old Peterson home in Mapleton, Utah. The Petersons are related to many Hodnetts and Waddells.

The Isaac Waddell Family: The Waddells are closely related to many Hodnetts.